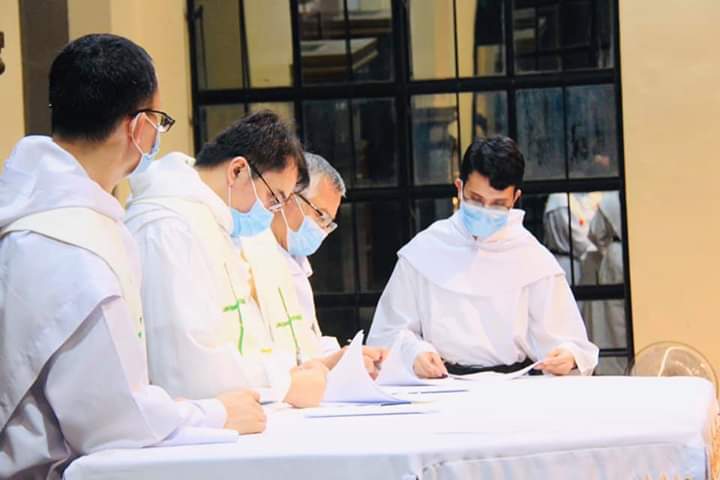 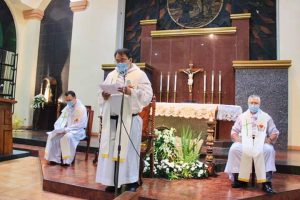 June 25, 2020 – Fr. Ian Anthony Espartero, OAR, Vicar of the Province of St Ezekiel Moreno congratulated ten simple professed religious for renewing their vows before the community of Recoletos Formation Center. Due to the COVID-19 pandemic, Fr. Dionisio Q. Selma, OAR, Prior Provincial, delegated the Vicar Provincial who at the same time is a resident of RFC, to officiate the said event. 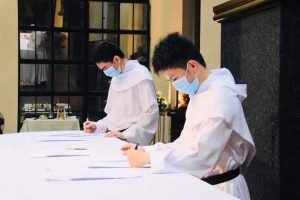 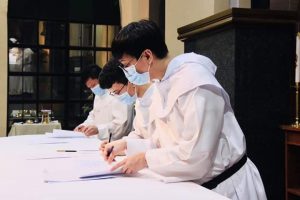 For the past years, the Order of Augustinian Recollects (Province of St. Ezekiel Moreno) ordained consistently a good number of religious priests and of religious brothers. But “…nowadays, fewer and fewer people are opting for this kind of life…” the Vicar said.

In an interview with Fray Julius James Tinapao, OAR, a simple professed religious for five years in RFC, he said: “Honestly, it saddens me to see the decreasing number of religious renewing their vows every year but at the same time, I am truly happy that there are still brothers who continue to live this life despite everything.” 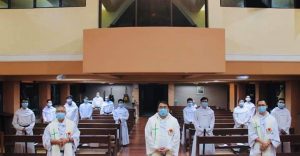 The main reason why these religious renew their vows yearly is found in their Constitution and Additional Code. Accordingly, “…there has to be a spontaneous request on the part of the candidate, in writing and addressed to the major superior” (chap. 6, art. 5 sec. 229). In his sharing, “Some people even conclude that religious life’s best days are over…” the Vicar added. Religious life is becoming more of “a thing in the past” for many people outside. That is why he commends even more these young religious for their bravery in taking this life. He emphasized, “Religious life is not meant to be a numbers game. It is quality and not quantity that marks its existence.” This year’s renewal proves that religious life is not about strength in numbers but about one’s faith and trust in God.