RST admits future members of the clergy and candidates to religious life and to pious organizations.   It is also open to lay persons, provided they meet the required qualifications stated in Sapientia Christiana, Art. 31 and RST Statutes.  The following are the requisites for admittance to the RST:

For SThB these are the following required philosophy subjects.

To allow sufficient time to process applications, international applicants applying from abroad are strongly advised to submit the required forms and documents at least six months before the beginning of the semester or term in which they intend to start studies.

If these documents are not written in English, an official translation is to be furnished together with a copy of the original records.   Translations may be certified at the Philippine Embassy located in the applicant’s country or by a responsible academic official of RST.   The Transcript of Records must indicate all subjects taken and the grades earned for each.   The grading system must also be clearly stated on the Transcript of Records.

On the scheduled days for enrolment, students are to fill out the enrolment form.  Data that are of primary importance include the following: updated Personal Information, Curricular offering data i.e. courses, schedule of classes and number of units to be taken.  Subject encoding will be done by the registrar’s office.

As a proof of being officially enrolled, the student is to acquire the study load.  This only can be taken after having paid the required enrolment and other fees specified.  The break down and schedule of payment are listed in the study load.

Transferees to RST have to submit the official Transcript of Records form the previously attended school of theology to the office of the Dean of Studies for the evaluation of credits.

Basis for the crediting of previously taken subjects are the descriptive title, course coverage and number of Units.  The number of unit of the subject to be credited must be equal or greater than the number of units offered at RST.

The maximum limit of units for subjects to be credited is thirty percent (30 %) of the total number of academic units (excluding thesis) required for the degree at RST.  Subject crediting is only applied on the first term upon enrolment of the transferee.

Transferees from UST’s Ecclesiastical Faculty and other Theology Schools with failures are automatically excluded from RST. In some cases when a student who is previously enrolled at the UST’s ecclesiastical faculty of theology wishes to transfer at RST, the student must first secure a permission and/or clearance from UST, stating his eligibility to continue his theological studies at RST.

Students from other theological center may enroll at RST provided that such course is offered on the specific term.  The enrollee should procure a recommendation letter coming from the dean of the current school.  It is the office of the RST Dean of Studies that approves cross-enrollees.

Adding or Changing of Subjects

By rule, subjects are to be taken according to the curricular schedule.  However, students may add or change their subject provided there is no conflict of schedule, the course desired is available during the term of enrolment and with the permission and approval from the office of the Dean of Studies.

Adding and changing of subjects has to be effected by the filling out of the required form from the office of the Dean.  After the requisites are completed the form is to be forwarded to the office of the registrar for encoding of subject change execution.  Adding and changing is no longer allowed after the first week of the formal beginning of classes.

Dropping of some course subjects may be effected only before the scheduled preliminary examinations.  This is to be done formally through the accomplishment of the required form at the Registrar’s office.

Dropping of all course subjects may be entertained any time before the Final examinations provided that this is properly communicated to the office of the Registrar.   In such a case the no-refund policy is applied.  The student gets the “WP” (Withdrawal with Permission).

Dropping of courses outside the conditions above merits a mark of “WF” (without permission) which is equivalent to a grade of 5.00.

A student, whose absence from classes amounts to more than twenty percent (20%) of the total number of hours prescribed for the enrolled subject, is considered dropped due to absences and merits a grade of 5.00.

Refunds due to withdrawal or dropping of enrolled courses are subject to the following conditions and percentages:  100 % if done prior to the start of the term, 90 % if within the first week of classes, and 80 % within the second week of classes after the beginning of the term.  Beyond the stipulated period the no-refund policy applies. 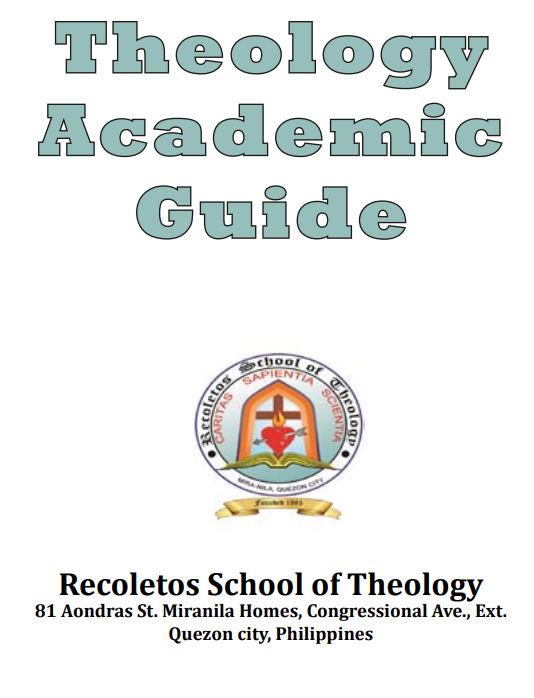 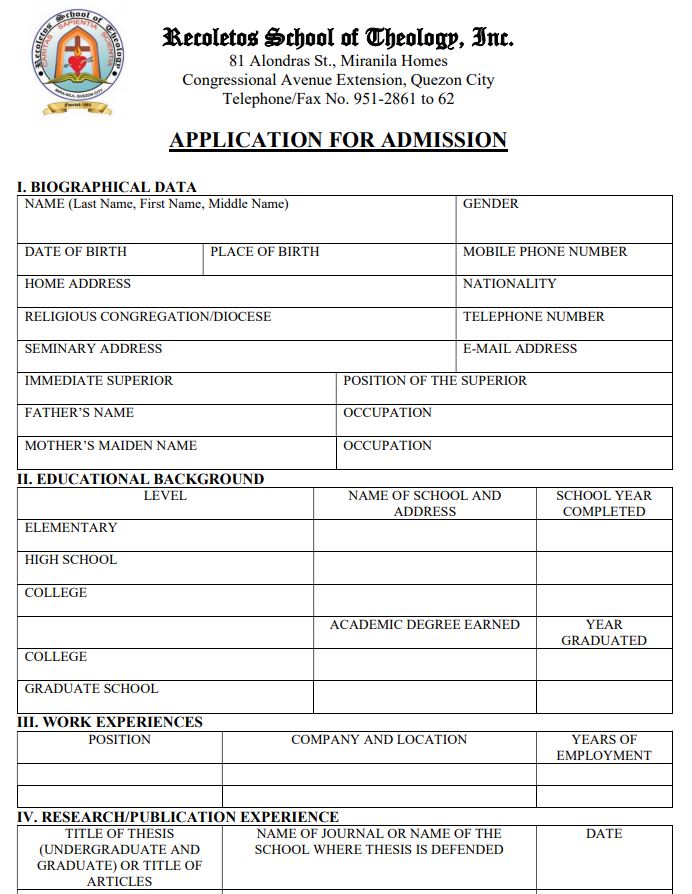 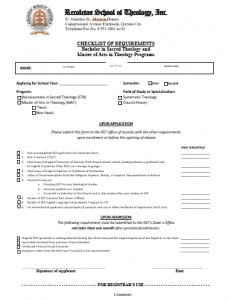 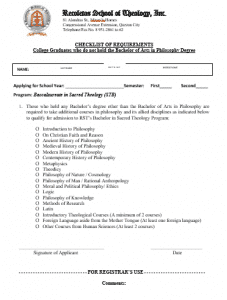