AR–OAR formands: Called and formed now, to be sent out later 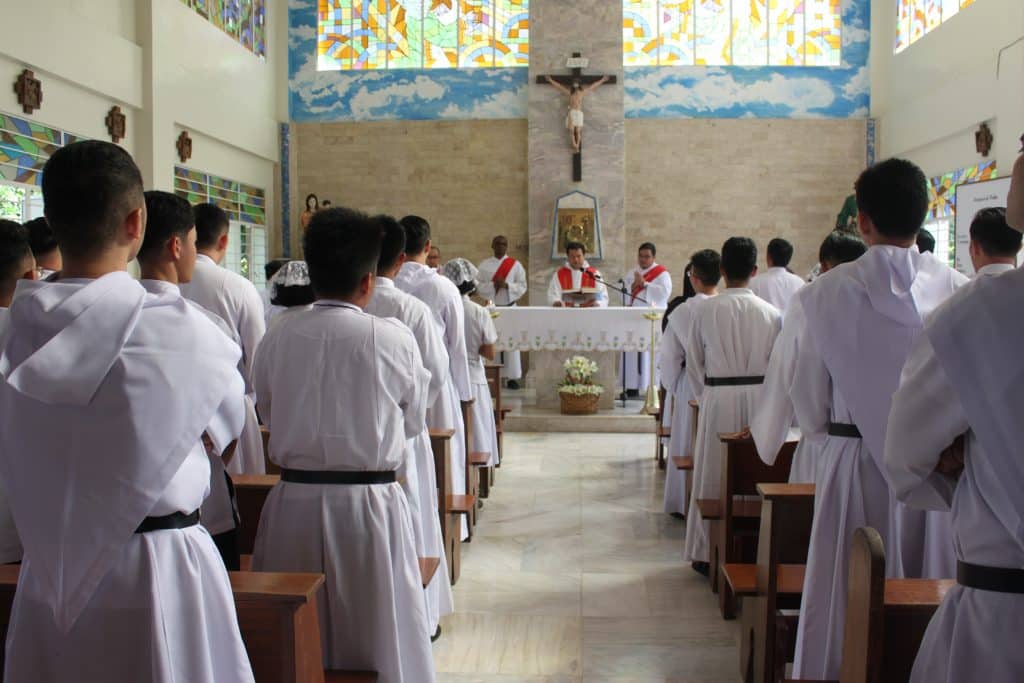 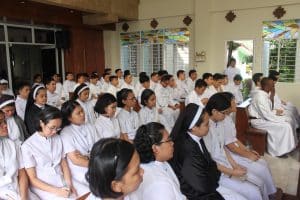 Tagaytay City — Christ did not just send out his disciples to preach the Gospel. Before all else, he gave them proper formation. This was the content of the impassioned homily delivered by Rev. Benjamine Edobor, OAR to the gathering of formands of the Congregation of the Augustinian Recollect (AR) Sisters and the Order of Augustinian Recollects (OAR) last Nov. 30, 2019 — feast of St. Andrew the Apostle.

“As disciples, we must allow ourselves to go through formation and be formed, to allow God to take control of our formation,” Rev. Edobor told the congregation gathered at the chapel of the AR Sister’s Our Lady of Mt. Carmel Novitiate house in this city. The gathering of the AR–OAR formands was designed to foster stronger “fraternal communion” between the two religious groups closely linked in the spirits of St. Augustine and the Recollection.

All levels of formation from both sides were properly represented, excluding the postulants of the AR Sisters who were on vacation at that time. “We might not understand the importance of formation now, but we will be grateful for it later,” Rev. Edobor said. “First we are called; then in our convents and seminaries we are formed. Later, we will also be sent out to make disciples of all nations.”

A highlight of the convention was the fun-filled activity of making Christmas trees. Distributed randomly among groups, the formands were to make Christmas trees using organic materials like chopped wood, walis tingting, and leaves and flowers available in the garden.

During the smaller group sharing, the formands were able to process the significance of such values as cooperation, resourcefulness, enthusiasm, and service, among others, in seeing to completion any common aspiration, no matter how seemingly insignificant or trivial it is, like making a mere Christmas tree. Such realizations were then cascaded to the larger community in another sharing, where each group was allowed to introduce and explain the collective effort that went into the making of the Christmas trees.

Overall, the convention was pervaded by a spirit of camaraderie and fun, as much of its activities were centered on fraternal bonding and encounter. This was evident during meal times when the refectory would erupt in loud laughters and endearing banters. Each community was also given the chance to showcase their talents through socio-cultural presentations which mostly involved religious singing and dancing.

“As religious or aspiring religious, more is expected of us,” Rev. Edobor said. “We do not just preach with our words, but more importantly, with our lives. Hopefully what people would see in us and in our communities is the love of God filling our hearts to overflowing.”

Formators of the AR-OAR formands also get a chance to bond during the gathering.