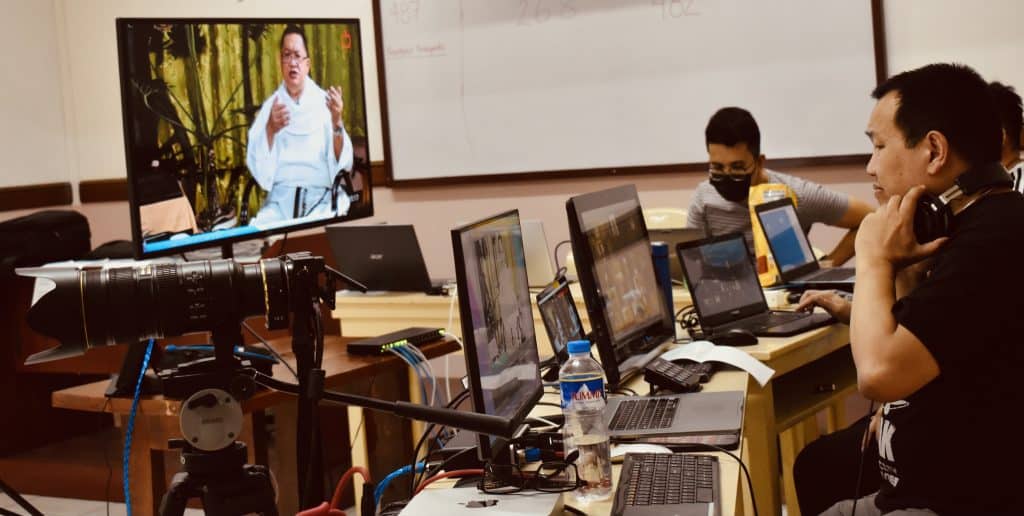 RST celebrates the 400 foundation anniversary of the mother province San Nicalos de Tolentino with the second part of the lecture series titled—OAR STORY.

The webinar, which started at 8:15 in the morning, was hosted by Fr. Ernil Almayo, the provincial secretary, and was participated in by more than 400 participants via zoom and four facebook accounts of St. Ezekiel Moreno Province, Recoletos Formation Center (RFC), Recoletos School of Theology (RST), and Our Lady of Consolation Parish (OLCP).

In the opening remarks, the Prior Provincial, Fr. Dionisio Q. Selma, OAR, thanked the mother Province for the continued inter provincial collaboration between both the mother and the daughter provinces, the slogan and motto “siempre en mission” which reflects the very life of the mother province and inherited by our province, and all members of the San Nicolas province for making the new province, St. Ezekiel Moreno, stand on her own and participate in the life of missions of the church.

The main speaker, Fr. Emilio Quilatan, OAR, shed light on the birth of the Augustinian Recollects and the challenges that the Recollects encountered throughout the centuries.

Prof. Emmanuel Luis Romanillos, as a reactor, expounded on the anti-religious sentiment in Spain which almost annihilated the Recollect movement in Europe and how the Recollect survived through the Spanish Recollect missionaries in the Philippines.

In the early morning Eucharist celebration dedicated to the Solemnity of St. Nicholas of Tolentino at St. Thomas of Villanova held at the Recoletos Formation Center chapel, the community joined the entire Order in celebrating the 400 years of the birth of the Province of St. Nicholas of Tolentino. The Holy Mass was presided by Fr. Emilio Edgardo Quilatan, OAR together with the RFC formation team.

In his homily, he cited two virtues of St. Nicholas; fidelity and humility. Fidelity in observance of the Rule of St. Augustine and faithfulness to the Holy Eucharist. And humility in accepting his mistakes even in very small matters.  These are the virtues the Augustinian Recollect religious and lay collaborators are to imitate and emulate from St. Nicholas.

Before the final blessing was the blessing of the loaves of St. Nicholas or the “panecillos” and the distribution to the seminarians was made after the Holy Mass.

Posted in News
Scroll To Top